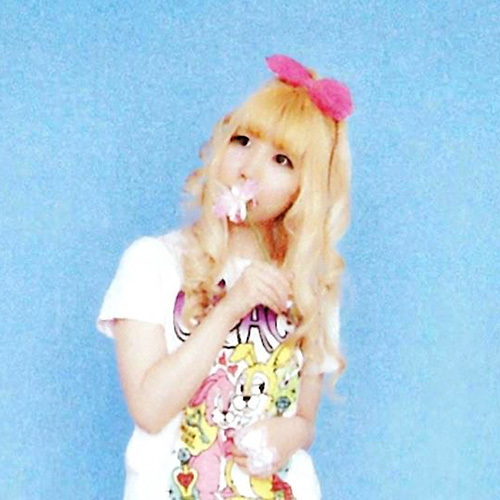 About Cannes Lions
Officially called the Cannes Lions International Festival of Creativity, this is the world’s largest festival attracting more entries and visitors than any other among numerous advertising and communication-related awards and festivals in the world. It attracts growing interest every year from various sectors limited not only to advertising and marketing.

Young Lions Film Competition
Commonly known as Young Cannes, this competition-style official program staged as part of Cannes Lions targets professionals aged 30 or younger. Representative teams comprising two members from each country compete in originating and producing a work based on a task assigned in Cannes in a given time of 32 hours. Yukina Oshibe of I&S BBDO and the director Naoya Yamaguchi of HAT Inc. were selected to represent Japan after winning the Japan qualifying round.

About ADFEST
Established in 1998, ADFEST (Asia Pacific Advertising Festival) is the largest advertising festival in the Asia Pacific region and is regarded as one of the most authoritative advertising awards in the world. Staged in Thailand every March, a contest is staged to select the most outstanding ads in Asia, and various seminars and workshops are implemented.

Young Lotus Creative Workshop
Staged within ADFEST, this workshop targets representative creators from each country in the 28-or-under age group. The Japan representatives that participate in this workshop are selected by the Japan Advertising Federation. In the initial domestic screening, five teams were selected as the finalists from 146 applicants and, following the final screening, the team comprising Yukina Oshibe of I&S BBDO and Kana Kikuchi of BBDO JAPAN was selected. 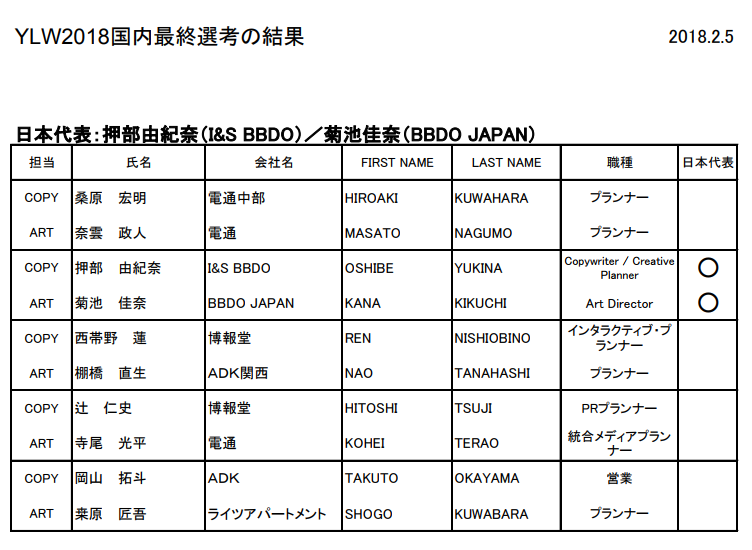 From the press release announced by Japan Advertising Federation. 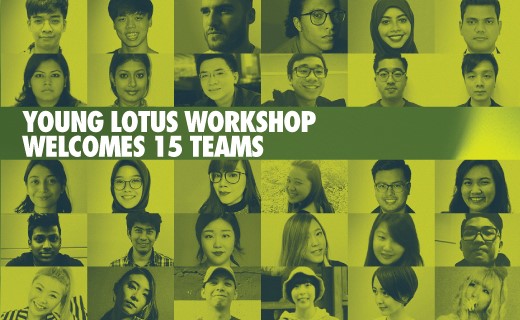 From bottom right to the left: Yukina Oshibe of I&S BBDO and Kana Kikuchi of BBDO JAPAN 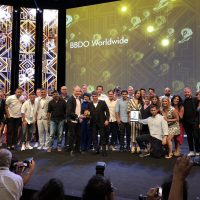